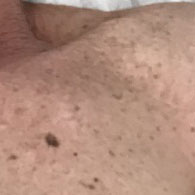 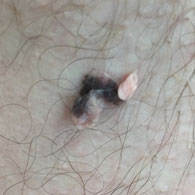 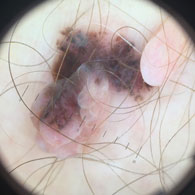 Melanoma is one of the most aggressive cancers. Australia, along with New Zealand, has the highest incidence in the world.

Melanoma arises from the pigment producing cells in the skin - known as melanocytes. These are the cells that cause “moles” or “nevi”.

It can occur in or on any part of the body - even parts that have never been exposed to the sun. In rare cases - melanoma can even start inside the body. They most commonly develop on parts of the body that receive high or intermittent sun exposure (head, face, neck, shoulders, back, and back of calves). It can spread to other areas of the body like lung, liver & brain.

The most important factor in survival is early diagnosis. Most melanomas can be cured if recognised and treated surgically.

Usually, the abnormal mole is removed surgically and sent to the pathologist for diagnosis. If it is a melanoma, its depth determines how much additional surrounding tissue needs to be removed surgically to reduce the risk of recurrence. This varies from 0.5cm to 2cm. Further treatment depends on whether the melanoma has spread.

In the last couple of years promising treatments have been developed for treating metastatic melanoma that are improving survival rates.

2021 © Elements Skin Cancer Clinic
This email address is being protected from spambots. You need JavaScript enabled to view it.